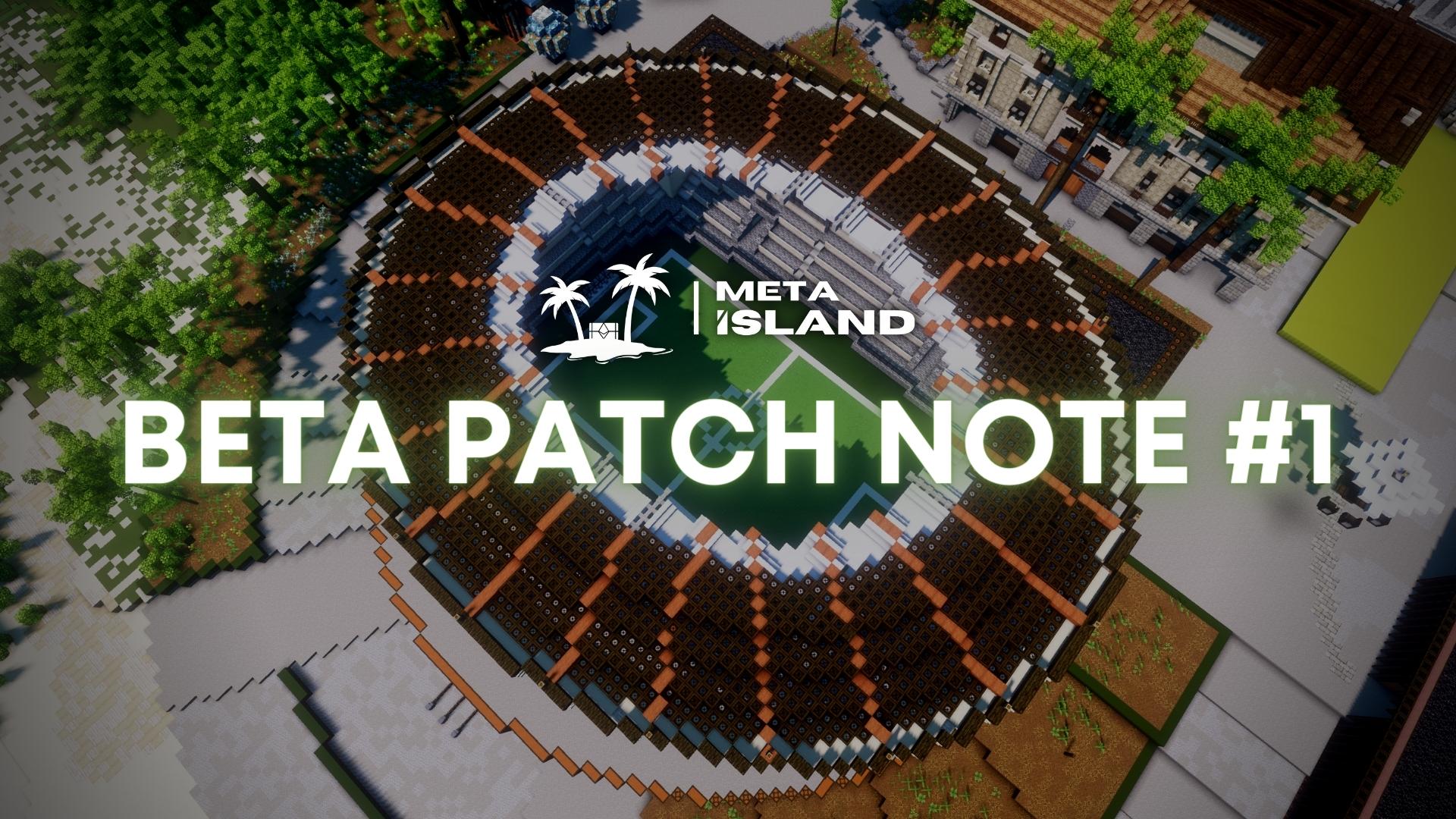 MetaIsland UPDATE 1 is now deployed. Following the first tests in closed beta, we became aware of a lot of issues on what is already there, so we fixed and improved the game experience.

Let's take a look at what's new in this update!

Vehicles are an important part of our metaverse, and we have improved them.

Many bugs have been fixed.

Hitboxes were semi-functional, and are now much more accurate and operational. Collisions between vehicles are now possible.

You will now find, at the bottom of your screen, the list of useful shortcuts, as well as the associated key (Voice chat, tracking menu, boat menu...)

To play mini-games, you must now use one of the three shortcuts mentioned above. (middle one)

This one will open a new interface, allowing to track and display a direction arrow on the screen.

This arrow leads directly to the NPC in charge of the mini-game in question, which will allow you to join the waiting room.

We have received a lot of constructive feedback related to the jetski races, and we thank you for it.

The circuits have been greatly improved, and it will now be possible for us to propose several of them, chosen randomly

The checkpoints were unintuitive, and hard to find. A hologram appears now at the checkpoint location, you just have to cross it (Image below)

An arrow on the bottom left of the screen also appears, to point to this checkpoint if you can't find it.

There was something missing to complete the gameplay. We decided to add some bonuses on the race, allowing to boost the speed of the jetski by 1.5 for 7 seconds! Enough to outrun your opponents... (Image below)

Also for soccer, your feedbacks were very useful !

A lot of bugs were present on this mini-game, and most of them have been fixed. Especially things related to the waiting room, which tended to malfunction.

The ball is no longer a simple cube, but a real sphere, with a much more complex physics.

It is now possible to control the height given to the shot, simply by looking higher or lower.

Moreover, it now reacts to the environment, like a real ball. It can bounce off walls, floors, and also players' heads.

The leaderboards have been reset, and placed in front of the capitol.

Leaderboards are interactive. By clicking on them, you can display the daily / weekly / lifetime stats.

Weekly : Reset in the night between Saturday and Sunday, at 00:00AM UTC0

You will find on this link, the weekly counter of the leaderboards : https://zeraka377.github.io/MetaIsland-Reward-Countdowns/&nbsp;

Every week, before every resets, the leaderboards are scored, and the person who has accumulated the most wins (mixed) during the week will win $300 !

Thanks to all for your support, more updates coming soon 🔥

Get your island now